Pratt Gives Back – A Hero Among Us 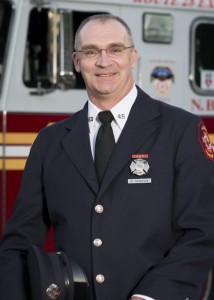 Pratt’s Staten Island GM Jay Hennessey knows a thing or two about making some of the packaging industry’s best 100 percent recycled paper – but he also knows about saving lives.

Which is why Jay was recently honored for his heroics as a volunteer fireman when he and two of his fellow company members rescued a woman from what was likely certain death as flames engulfed her New Jersey home.

“Unfortunately this woman didn’t have smoke detectors installed,” said Jay. “The upstairs neighbors called the fire department after they smelled smoke. I suspect there was quite some time between the fire starting to when we found her. That’s why I encourage everyone to have smoke detectors in their homes. They really do save lives.”