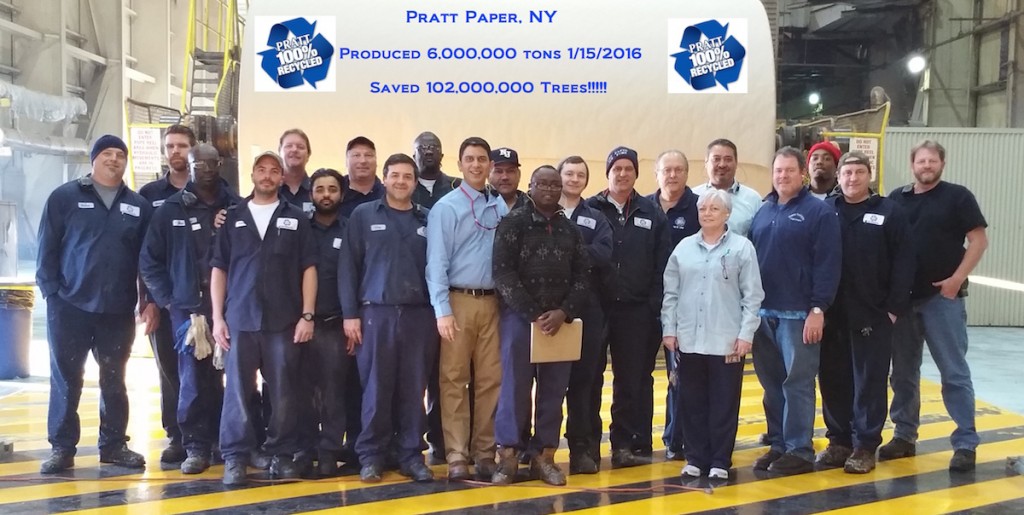 The Staten Island team hit the milestone late last week, and since start up in 1997 has now saved the equivalent of more than 102 MILLION trees – or a forest large enough to cover 100 square miles.

That’s more than four times the size of Manhattan and enough paper to fill the Empire State Building over 4 times!

“I’m so proud to be a member of this team and to be a part of this amazing achievement,” said GM Muneer Ahmad. “It’s testament to the hard work, can-do attitude and dedication these papermakers and support staff bring to the job every day.”

In fact, the mill was originally designed to produce just 800 tons per day, but it’s continued to push production levels so much so that it consistently produces more than 1000 tons per day – and has been doing so for the past 3 years.

Moreover, it maintains an impressive 93% overall uptime – despite some pretty daunting challenges over the years including Hurricane Irene, Super Storm Sandy and several major snow storms.

“We’ve overcome a lot in the past two decades – but here’s to the next six million tons,” said Muneer.

Staten Island’s sister mill in Conyers, Ga., hit the 6 million ton mark in 2013. Together they and our two other mills in Shreveport and Valparaiso help our box plants produce the industry’s best and most sustainable packaging for our customers.