An Interview with Shawn State, President of Pratt Recycling

In recognition of America Recycles Week that was celebrated earlier this month, Pratt Industries’ editors interviewed Shawn State, the president of Pratt Recycling, about Pratt’s role in recycling and the strategic value it has to the entire company.  Read this to find out why Pratt Recycling is one of the most pre-eminent companies in the U.S. recycling industry and its role in America Recycles Week.

EDITOR:  I thought that Pratt was mainly a company that manufactured corrugated boxes, so why is Pratt in the recycling business? 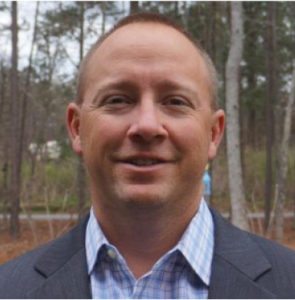 SHAWN STATE:  Great question.  One of the unique attributes of Pratt’s corrugated boxes is that they are made from 100% recycled paper.  It is one of the advantages for our corrugated box customers in utilizing Pratt’s products, as we are probably one of the most environmentally sustainable companies in the entire country, especially when it comes to corrugated boxes.  It is literally a closed-loop, circular economy company.  In order to accomplish this, our paper mills need in excess of two million tons per year of recycled feedstock….old newspapers, old corrugated boxes, magazines, office paper, and a myriad of other recycled paper content that can be pulped and made into new paper.  That is HUGE….over four billion pounds of old paper a year, about 11 million pounds PER DAY, which saves over 30 million trees a year.  So, Pratt Recycling is a business within Pratt Industries that finds, sources, and ships this feedstock material to the five Pratt paper mills throughout the U.S.  We are a very strategic part of the entire company, because we get this feedstock for our paper mills, and at the end of a piece of paper’s useful life, we are collecting it again to start the cycle all over again.  This is truly a circular economy company, and it has been for decades, long before recycling was in vogue as it is today.

EDITOR:  That’s a great story.  So why is America Recycles Week important and what role does Pratt Recycling play in this effort?.

SHAWN STATE:  America Recycles Week really started many years ago by an organization named Keep America Beautiful, as “America Recycles Day.”  Over the evolution of its existence, it has transformed into activities that some municipalities and other organizations have extended into an entire week.  This event has enabled Pratt Recycling, and our entire industry, to work collaboratively to bring heightened attention to the environmental benefits of recycling.  So throughout many cities where we have Pratt Recycling representatives, we participate in many types of events.  These serve as educational opportunities to educate people to increase recycling participation rates.  After all, at the end of the useful life of any paper item, from an e-commerce box delivered to your home, to junk mail, there are usually only two choices………landfill, or recycling.  I think we can all agree that recycling is the better option.  However, even with that obvious choice, one-third of paper in the U.S. still ends up in a landfill and roughly two-thirds are recycled.  Yes, we’ve come a long way, but we still have work to do.

EDITOR:  So Shawn, you mention “the entire industry” working collaboratively.  This seems lofty, especially considering, some companies might be competitors.  Is this really possible?  How do you accomplish this?

SHAWN STATE:  Trade organizations serve an important role in bringing many stakeholders together to achieve a common goal.  When it comes to improving recycling, and sending less to landfill, we have a lot in common with many other companies that are in this same business as Pratt, and many of us belong to the same industry trade associations to achieve these common goals.  So many of Pratt Recycling’s local representatives are active in their state and local Keep America Beautiful Chapters.  In addition, we are part of state and regional recycling organizations throughout the country, such as the Georgia Recycling Coalition, The State of Texas Association of Recyclers (STAR), the Michigan Recycling Coalition, The Southeast Recycling Development Council, The Indiana Recycling Coalition, The New Jersey Paper Recycling Association, and many others, too numerous to mention.  Most have some type of educational programs this week, and we participate in many of them through our annual sponsorships.  And then on a national basis, we are members of several organizations that promote the entire recycling industry such as the American Forest and Paper Association (AF&PA), The Institute of Scrap Recycling Industries (ISRI), The Paper Recycling Coalition (PRC), and The Recycling Partnership, to name a few.  Virtually all of those organizations have multiple meetings in Washington D.C. during America Recycles Week with legislators, and agencies (such as the EPA), to find more and better ways to support the recycling industry as a whole. In many of these organizations, not only other recyclers are members, but also major retailers, and consumer product goods companies from a myriad of sectors such as food and beverage companies.  Although we might not have a Pratt person participating in all, or any of these meetings, our membership and sponsorship give credence to these efforts.  The entire supply chain gets to collaborate for the common good of sending less material to landfills, and more to be turned into new products.

EDITOR:  Several times you mentioned “local representatives.”  What type of infrastructure does Pratt Recycling have?

SHAWN STATE:  We have 19 recycling plants throughout the country.  These serve as collection points for us to generate recycled material, and for the most part, the paper collected in these recycling plants will eventually end up in one of our five U.S. paper mills, be recycled into new pulp, become new paper, and then be converted into a new corrugated box that will be shipped to a retail store with merchandise in it, or to your home from an online order that you place.  These facilities are referred to as material recovery facilities or MRFs.  We literally employ hundreds of people who work to support the tonnage of materials that go to these facilities.  Some are our local representatives that work with companies and municipalities on their recycling programs.  In addition, we have a large fleet of dedicated trucks and drivers to support the collection and delivery of recycled material, sorters, equipment operators, maintenance personnel, safety personnel, supervisors, plant managers, a customer service department, etc.  So there is a great economic benefit of recycling as well……..job creation, and we have done this for over two decades in the U.S. and hope for it to continue to thrive in the future.

EDITOR:  You mention working with companies and municipalities.  Do they get involved in America Recycles Day?

SHAWN STATE:  Absolutely.  Most municipalities have positions such as “directors of sustainability’, “recycling coordinators”, and other positions within their towns and cities.  And many companies……or I should say MOST companies these days, have people at their corporate offices, and in their plants, that are responsible for increasing recycling rates, and decreasing what is sent to the landfill.  Many of those municipalities or corporations sponsor some type of events this week to rally their citizens or employees in an effort to heighten the awareness of recycling.  In some cases, we are assisting those organizations with recycling educational materials, providing recycling bins, and many other types of activities.

EDITOR:  Shawn, you mention working with municipalities and companies on their recycling efforts.  Obviously Pratt Recycling is most interested in sourcing the paper for its feedstock.  What happens to other materials, like metal, plastic, etc..?

SHAWN STATE:  Generally speaking, we are a “one-stop-shop” for recycling services.  Yes, we collect aluminum cans, steel, cans, plastic bottles, and jugs, shrink film and even types of paper that we might not use in our own paper mills.  Once we process the material and separate the paper, other companies that need plastic, metal or other materials that we may collect, procure those non-paper materials from us.

EDITOR:  There has been a lot of news over the past year about the changes in the marketplace for recyclables.  In recognition of America Recycles Week earlier this month, what message would you like to convey about the future of recycling?

SHAWN STATE:  “Keep the faith and STAY THE COURSE”.  Like all commodity markets, the recycling markets have historically had its ups and downs.  The long story short however is that there will always be a need for recycled feedstock.  As we as a society become more environmentally conscious, that need will increase, whether it be paper, or plastic, or metal.  If there is a “down” market, we can’t get discouraged by that, because the need for recycled feedstock has been here for a long time, and the demand will continue and most likely increase.  However, on the municipal side of recycling, there has been a belief by many that if you put EVERYTHING in the recycling bin, then there will be a “home” for that material.  This has been referred to as “wishful recycling”, and over the years has caused a significant increase in contamination.  My advice to people is this: check with your local municipality to learn about what IS acceptable, and what is NOT acceptable, in your local recycling program, and stick to their suggestions. One major recycler in the marketplace has a great term for this: “RECYCLE OFTEN, RECYCLE RIGHT”.

EDITOR:  Thank you, Shawn.  This has been quite an education for me about the critical role that Pratt Recycling plays to provide Pratt Industries’ raw material feedstock, save trees, and minimize landfill.  Sounds like you have a great job.  Any final thoughts?

SHAWN STATE:  Thank you for the opportunity to get this message out.  Yes, it’s a great job and we have terrific people in Pratt Recycling, which makes my job incredibly easy.  As for a final thought:  If you care about our planet, get involved in an organization that promotes recycling.  There are several at the local, state and national levels, and we need more ambassadors to carry this message forward.  Whether you are 5 years old, or 85, everyone can contribute.  We see small children learning about recycling in school, and then coming home to “educate” their parents about the recycling process.  To me, that is truly inspirational.  GET INVOLVED!!!